Christians often believe that God has called them to forgive everyone who sins against them, regardless of their repentance. In fact, God never commands us to do such a thing, and God Himself is our example in this regard. God only forgives those with a repentant heart. How then can we love our enemies? How can we love the unrepentant? Let’s begin with the example of our Savior, the Lord Jesus Christ. 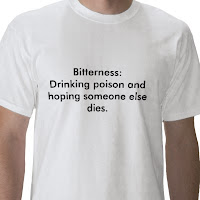 In Luke 23:34, Christ prayed for His killers, “Father, forgive them, for they know not what they do.” There are several possible ways to interpret these words. Perhaps Jesus was merely asking the Father to withhold His hand from destroying them immediately, since their crucifixion of the Lord of Glory was done in ignorance (1 Cor. 2:7-8). Perhaps Jesus is speaking of actual forgiveness of their sins. If so, then perhaps Jesus is praying generally and conditionally for all, similar to His request in the Garden of Gethsemane that “if it be possible, let this cup pass from me; nevertheless, not as I will, but as you will.” He may be saying, in effect “forgive them, but not My will but Yours be done.” Or perhaps Jesus knows that some of those participating in His execution are elect: those for whom He is currently dying. In this case, He would be praying on the basis of the atonement that He is accomplishing at that very moment, that those elect would not be damned. While commentators may disagree on the best option, we can say that any of these three options are plausible, biblical interpretations.


“This is written also for example to us. First, we must in prayer call God Father, and come to him with reverence and confidence, as children to a father. Secondly, the great thing we must beg of God, both for ourselves and others, is the forgiveness of sins. Thirdly, we must pray for our enemies, and those that hate and persecute us, must extenuate their offences, and not aggravate them as we must our own (They know not what they do; peradventure it was an oversight); and we must be earnest with God in prayer for the forgiveness of their sins, their sins against us. This is Christ's example to his own rule (“Love your enemies,” Mat. 5:44-45); and it very much strengthens the rule, for, if Christ loved and prayed for such enemies, what enemies can we have that we are not obliged to love and pray for?”

When Stephen is put to death in Acts 7 he prays something very similar to Jesus in Luke 23:34, “He cried out with a loud voice, ‘Lord, do not hold this sin against them.’” As Jesus did, so Stephen prayed for his enemies, even at the point of them putting Stephen to death. This too sets forth a great example that we ought to pray for those who persecute us. His prayer preaches. It shows those who heard the prayer their sin and need of divine mercy and grace. His prayer shows charity to his killers; that he desired not their destruction but their salvation. We could think of Paul in Romans 9:3 as well, “For I could wish that I myself were accursed and cut off from Christ for the sake of my brothers, my kinsmen according to the flesh.” Paul’s love for his Israelite brothers is bold and self-denying. His longing desire is for their salvation, even if it would mean being accursed, himself, if possible. Likewise Paul says in Romans 10:1, “Brothers, my heart’s desire and prayer to God for them is that they may be saved.”

Luke 17:3-4 says, “Pay attention to yourselves! If your brother sins, rebuke him, and if he repents, forgive him, and if he sins against you seven times in the day, and turns to you seven times, saying, ‘I repent,’ you must forgive him.” There is the simple statement that the Christian forgives those who repent, just as the Lord forgives those who turn from their sin and turn to Him. Does that mean that a Christian can hold a grudge, hate the offender, since they haven’t explicitly repented of their sin? Does God allow Christians to hate unrepentant sinners? The above examples should be sufficient to show that the answer to both of those questions is an emphatic “No!” Luke 6:35 states (just to be clear), “But love your enemies, and do good, and lend, expecting nothing in return, and your reward will be great, and you will be sons of the Most High, for he is kind to the ungrateful and the evil.” God is kind to those who are ungrateful and evil. As God’s own people, Christians are a prime example of that. Christian, you were once separated from God, dead in your trespasses and sins. You were evil. And as God showed mercy to you so you ought to show mercy to others (Matthew 18:21-35). We ought to love the unrepentant. Yet, loving the unrepentant sinner is not the same as forgiving him.

What about the one who professes faith in Christ but is unrepentant? It looks much like Galatians 6:1-2, “Brothers, if anyone is caught in any transgression, you who are spiritual should restore him in a spirit of gentleness. Keep watch on yourself, lest you too be tempted. Bear one another's burdens, and so fulfill the law of Christ.” More specifically, it looks like Matthew 18:15-18, “If your brother sins against you, go and tell him his fault, between you and him alone. If he listens to you, you have gained your brother. But if he does not listen, take one or two others along with you, that every charge may be established by the evidence of two or three witnesses. If he refuses to listen to them, tell it to the church. And if he refuses to listen even to the church, let him be to you as a Gentile and a tax collector. Truly, I say to you, whatever you bind on earth shall be bound in heaven, and whatever you loose on earth shall be loosed in heaven.” How do you show this love? First, you seek to restore them by the Word of God, admonishing them with the Scriptures (2 Timothy 3:16-17). If they remain unrepentant through the process of Matthew 18:15ff, then eventually the elders will excommunicate them. Only then should they be treated “as a Gentile and a tax collector”.

As we have seen in our examples of Jesus, Stephen, and Paul, they loved the unrepentant through prayer to the Father: that He would not destroy them, but that they might be saved, if it be the Lord’s will. This is a prayer that those elect would not be damned. They loved the unrepentant by begging God through prayer for Him to forgive the unrepentant of their sins. Thus, they prayed that their enemies who persecuted them would see their sin and repent. Just as Christ loved and prayed for His enemies in this way, so we too must love and pray for our enemies. As Stephen prayed with loud cries before his enemies we too must pray before our enemies pleading that they would see their sin, their need of divine mercy and grace, and for God to save them.
Andrew Barnes
Share

Think hard about this: the world is watching!